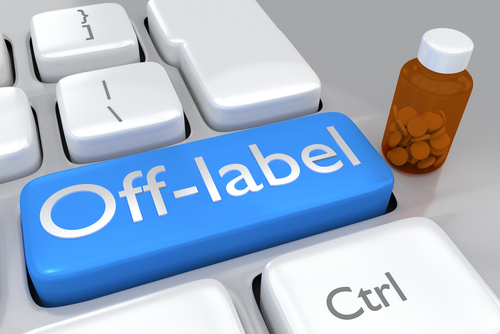 If this practice sounds a little bit suspect to you, you're not alone. There are some professionals in the medical community who take issue with his practice; other doctors, however, see no problem with it. But when it comes to something as important as your sleep, and how your sleep affect your health, there are some very important questions you need to ask yourself before you invest blind faith in your physician. Are these medications safe to use to treat conditions they weren't designed to treat? Do doctors have their patients' best interests at heart, or are they getting paid to peddle these drugs? It can be hard to get concrete answers to any of these questions. But it's worth at least taking a good, hard look at the situation and trying to find as much factual information as possible before you make a final decision.

Which Off-label Medications Are Doctors Prescribing for Sleep?

If your doctor wants to prescribe you a sleeping pill for your restless nights, you should stop and ask them which medication it is first. If you've never heard of that particular medication, ask him or her if that medication was specifically designed for sleep problems, or if your doctor is offering you an off-label prescription. If it is in fact an off-label script, ask them what the medication was originally designed for. You should also ask your doctor why they think you can benefit from this medication despite the fact that you don't suffer from the condition this particular medicine was designed to treat.

Below are a few of the medications you may end up being prescribed if your doctor decides to go with an off-label remedy. If you do decide to pick up the prescription, be sure to read every single word of fine print included with the drug after you pick it up at the pharmacy. You may even want to be extra careful and discuss the prescription with your pharmacist, especially if you are currently taking any other prescription medications. Believe it or not, pharmacists sometimes know more about your prescriptions - and how they may or may not interact with other prescriptions or over-the-counter supplements - than your doctor! It's good to put in the extra effort and cover all of your bases since, after all, your health is at stake.

Many of the off-label prescriptions doctors issue for people who have trouble sleeping are actually old school antidepressants. Amitriptyline is one of them. It was originally intended to help people with anxiety disorders, major depressive disorder, bipolar disorder, and similar mental health afflictions. Doctors also prescribe it to help people with ADHD, although less frequently. In rare cases people who suffer with certain nerve disorders can get benefit from amitriptyline. These disorders include posturepedic neuralgia, fibromyalgia, and indiscriminate nerve pain. The following adverse effects can happen with Amitriptyline:

Sometimes known as Remeron, Mirtazapine is another antidepressant that doesn't fall into the popular SSRI category still gets prescribed off-label for conditions that don't always involve depressive symptoms. Aside from its intended purpose, and being prescribed off-label as a sleep medication, Mirtazapine may be given to patients who need help with panic disorders, anxiety, nausea, and uncontrolled vomiting. It is also an appetite stimulant which can help underweight people gain some necessary pounds. Whether your doctor prescribes you this drug because of any of the reasons we've listed so far, or whether they have discovered another creative use that hasn't been mentioned yet, taking Mirtazapine could leave you experiencing the following symptoms:

Trazodone is a fairly popular antidepressant which is sold in many countries throughout the world. It is particularly helpful for people who not only suffer from anxiety or depressive disorders, but who's depression manifests itself in the form of a substance abuse problem. Unlike other prescription medications, it is a highly affordable alternative to many of the available drugs which serve a similar purpose.

However, just because a drug has been around for a few decades and has become extremely cheap to produce does not necessarily mean it is the safest prescription you could be taking - especially when it was never originally designed to specifically combat insomnia. Side effects of Trazodone include:

What to Take Instead of an Off-label Prescription Medication

Healthcare is extremely complicated in this day and age. You want to be able to trust your doctor, and you wants to have access to affordable medications which will do more good than harm when it comes to your overall health and wellness. But everything isn't always so cut-and-dry. At the end of the day, you have to be your own health advocate, and you have to do what's best for you and your health. That's why you should at least consider taking a natural sleep aid before agreeing to commit to any potentially dangerous prescription medication. Not only are these herbal supplements safe and effective, but they are highly affordable and don't require a prescription at all! We strongly recommend you pursue that course of action before you do anything too drastic.